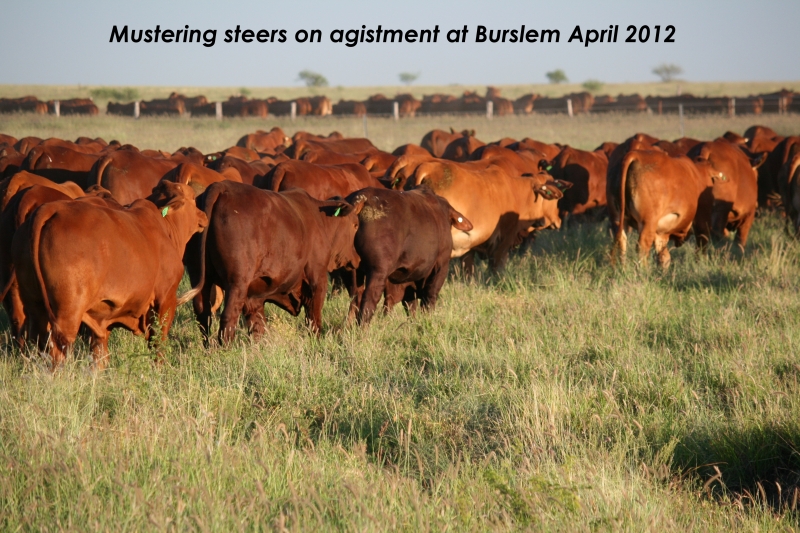 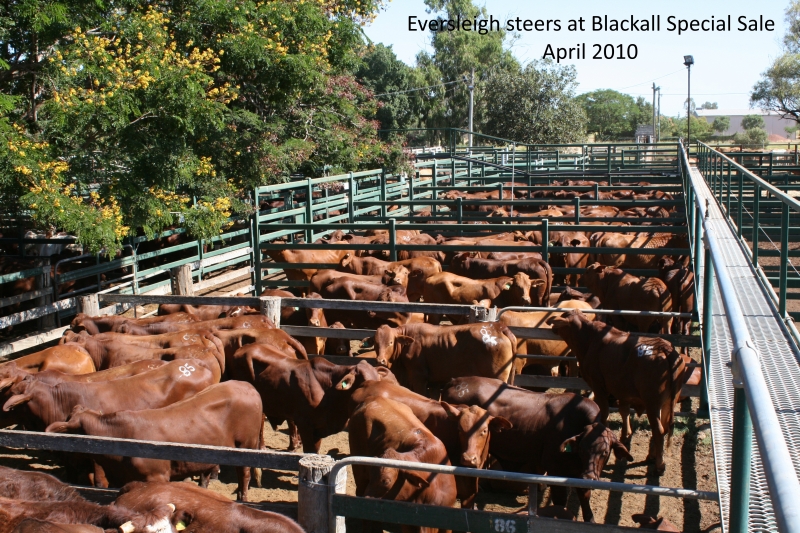 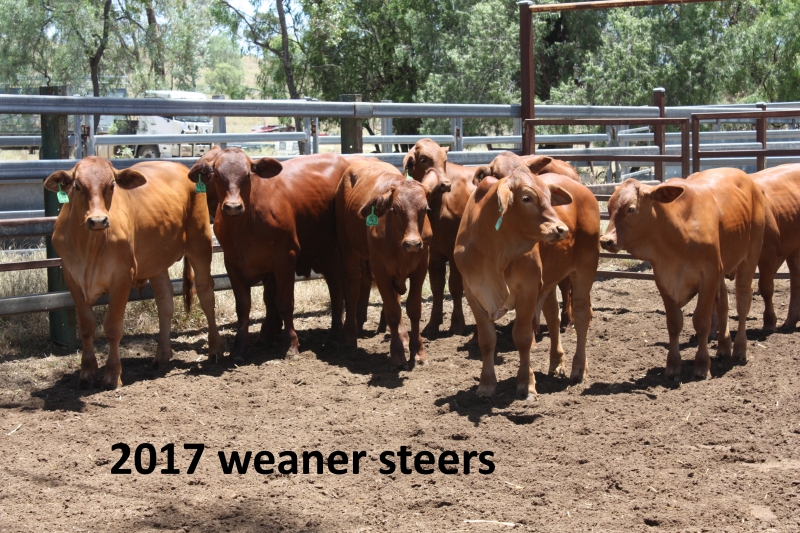 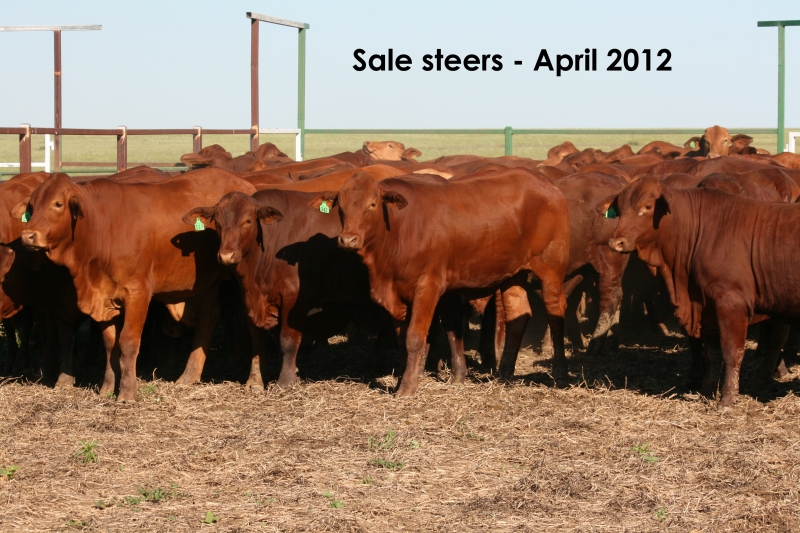 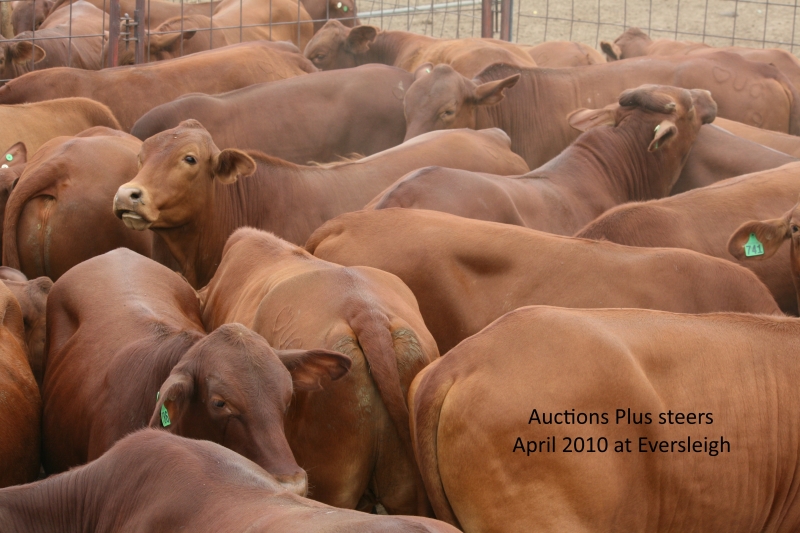 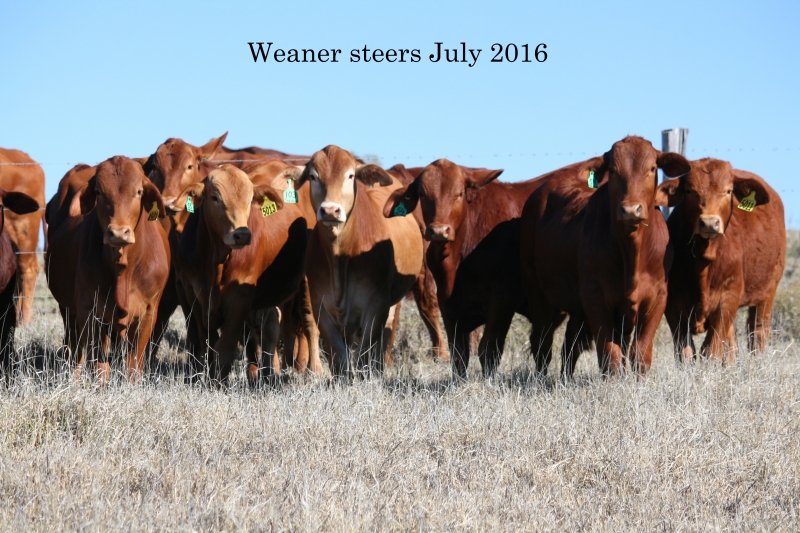 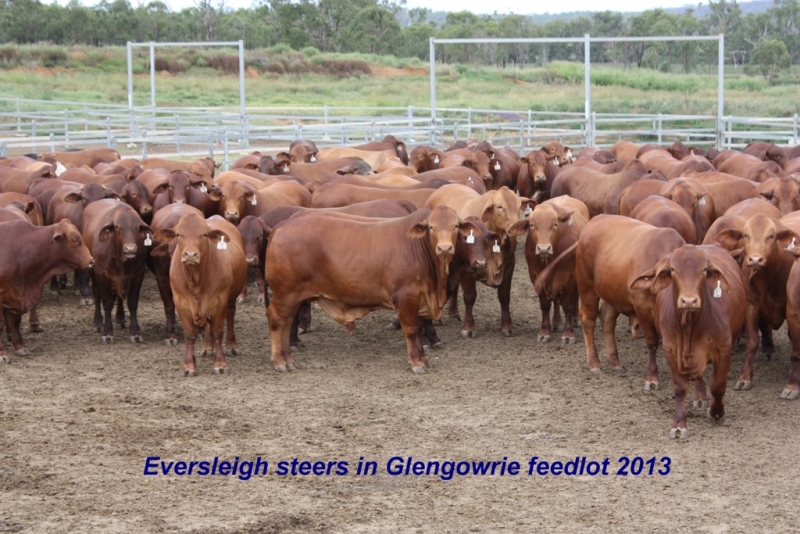 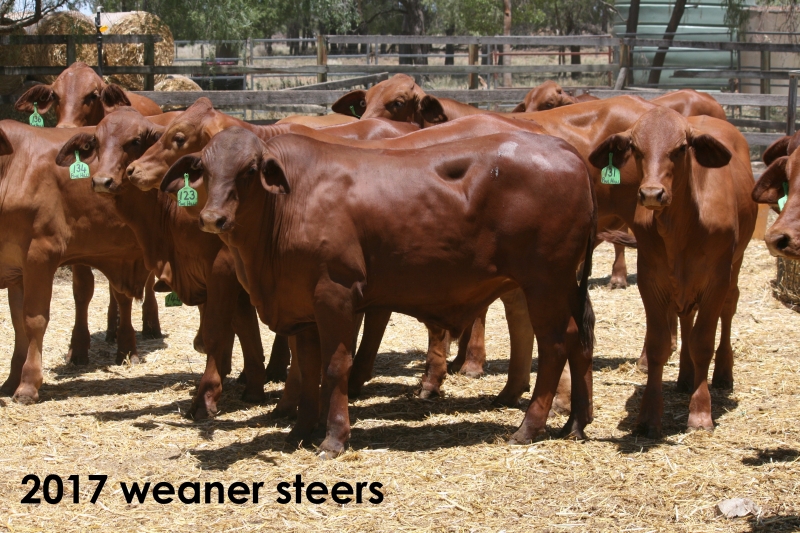 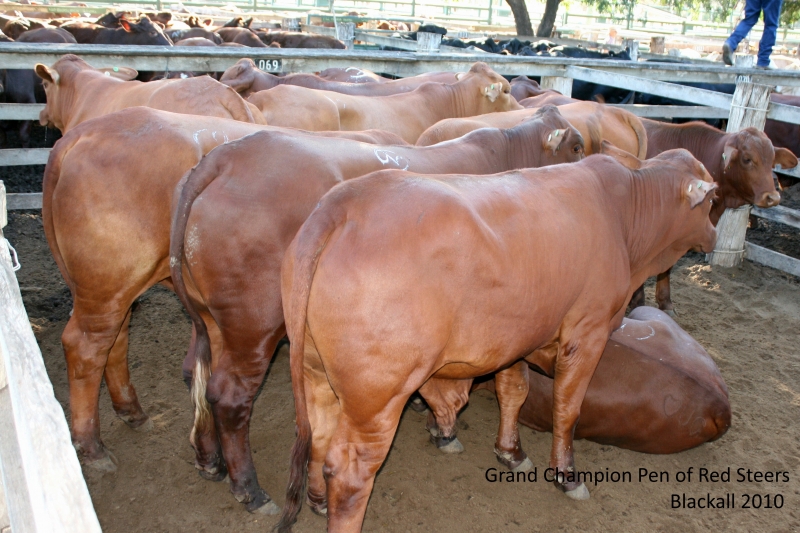 [Show thumbnails]
Our steers have performed well in the feedlot. In 2005 Eversleigh, along with 6 other breeders, took part in the Droughtmaster Feedlot, Carcass and Meat Quality Trial. 330 steers entered the trial with the 30 steers from Eversleigh placing 4th in the feedlot competition and 1st place in the carcass competition. 83% of the carcasses were MSA compliant; 79% of those met Nolan Private Selection requirements.

In 2007 a pen of steers placed 3rd in the 400kg and over section of the National Droughtmaster Store Cattle Show & Sale held annually in March.

At the 2010 Landmark Central Queensland Beef Classic held in Blackall, a pen of Eversleigh steers won the Heavy Feeder Steer class as well as the Best Pen of Red Steers.

While we lived in western Qld we regularly entered cattle in the local Hughenden Show.  Over the years we won numerous classes including Grand Champion Prime Cow, Grand Champion Stud Bull, Champion Bullocks of the Show and Champion Pen of three feedlot steers suitable for the Export trade.